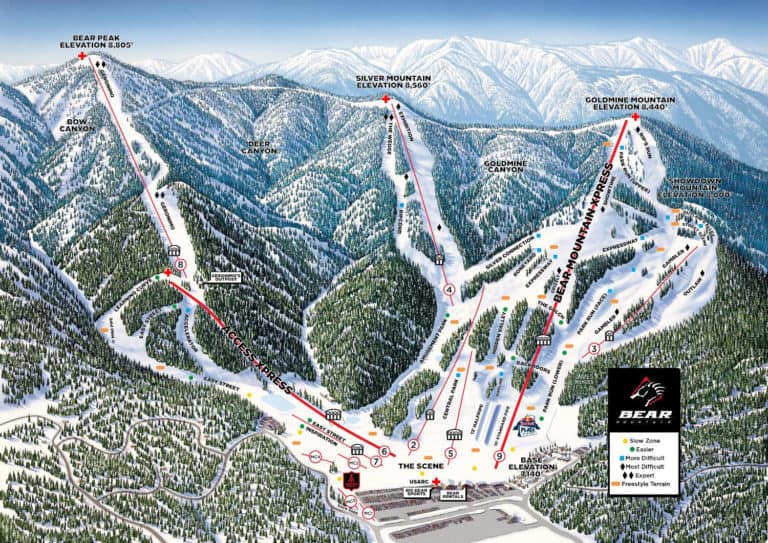 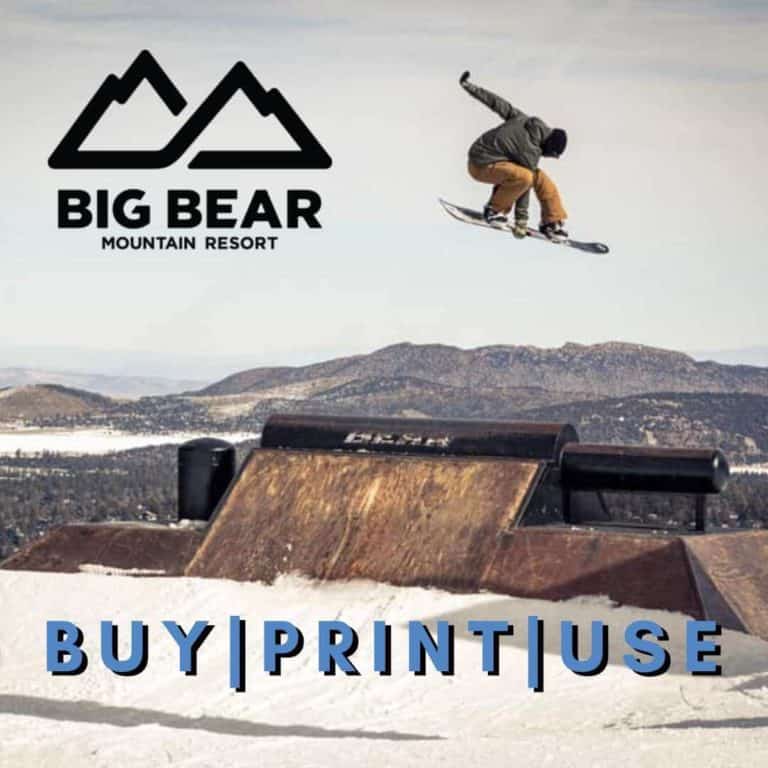 Unlike purchasing Bear Mountain lift tickets from other sources, with SnowJam you are able to buy, print and use your lift tickets without having to select your dates. Savings will fluctuated throughout the season depending on when you use the ticket.

**Limit one lift ticket per person per day. Only members can redeem this benefit. Lift tickets cannot be shared with family or friends.

Widely regarded as one of the most innovative and influential destination in the snow sports industry, Bear Mountain has been pushing the progression of skiing and snowboarding for over 75 years. Bear Mountain Resort, along with Snow Summit, which is owned by Alterra Mountain Company.

Bear Mountain is home to the largest beginner areas, only halfpipes, and highest lift-served peak in Southern California.

Bear Mountain’s award-winning terrain parks are heavily influenced by Southern California’s iconic surf and skate scenes and regularly rated among the best in the country. Each winter Bear Mountain hosts some of the biggest events in the action sports industry.

$20 off your first lesson on Adventure Ski School's revolving carpet!

Our team is standing by! Our Brian Head offer is not confirmed in Las Vegas. Tickets will go on sale once we hear back! Thank you for your patience.

Sign up for our newsletter for the most up to date information!

GET NOTIFIED
The form was sent successfully.
An error occured.